In recent years there has been a huge surge in the popularity of reality TV shows in which participants bid on auctions for abandoned storage containers in the hope of selling whatever they find inside to make a profit. From these types of shows, TruTV’s Container Wars was born, which followed participants bidding on shipping containers in a similar way, in search of a big payday.

These shows are often a little too farfetched to be named “reality” shows, however auctions like this actually exist in reality and have been going on for years. But why have these shipping containers been abandoned, and what can be found inside? These questions and more will be answered as we take a deeper look into the shipping container auction industry.

Why the Containers have been Abandoned

Other reasons that containers may be abandoned are that the containers’ owner may have gone bankrupt or there was a delay in the transportation resulting in the goods no longer being needed.

Because of the large amount of containers abandoned in ports, port authorities started auctioning off the containers in order to clear space and make back money lost in the storage of the containers.

Before Going To Auction

Thankfully for those who own shipping containers (and those who have to put effort into auctioning them off) a shipping container isn’t put to auction right after its owner decides not to pay to have it released. In usual circumstances, the owner will have 20 days to claim the container and remove it from port.

If after 20 days the cargo is still in port the owner is notified of the situation and the container is moved to a warehouse. Here the owner will have to pay for the storage and transfer costs, as well as the original taxes and fees for importing the cargo in the first place. After six months in the warehouse the cargo will finally be put to auction and the money raised from this will go towards paying for the costs the cargo has picked up along its way. 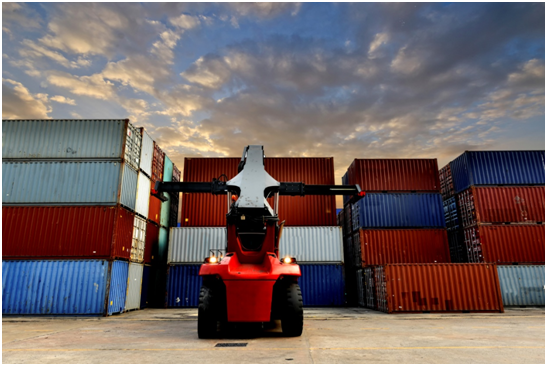 If you were to believe TruTV, the shipping container auctions are very exciting events involving several teams battling it out to make a profit. The participants bid large amounts of money and win items such as cars, antiques and other big-ticket items. The shows depict the auctions as intense, and a lot more interesting than the reality of shipping container auctions.

Away from the cameras and reality TV treatment, the auctions are a lot more civilised and a whole lot less interesting. The auctioneers, usually either customs or the port authority, will contact a small group of people known to participate in the auctions. These people will then bid on the containers, usually already knowing what is inside, for large amounts of money.

The TV show would have people believing that anyone could visit one of these auctions, but this is certainly not the case. The auctions are not widely advertised; so only a select few can bid on the cargo. The containers often go for a lot more than most people could afford to bid too, with some going for thousands of pounds. Even if a person could afford to bid on these containers, there is a huge risk that the contents of the container won’t sell for much and the winner would make a loss.

Thankfully, most containers don’t go to auction and are used for a wide range of purposes. If you need to hire a shipping container then look no further than our extensive range of steel container hire in London.

At Flintham Cabins, we pride ourselves on providing all of our valued customers with the very best service in steel container hire, allowing you all the benefits of using a container without the commitment of purchasing one and seeing it go up for auction. If you would like more information about us or our site cabins, don’t hesitate to contact us by calling 020 8459 6972 or emailing us at and a member of our team will be happy to help.

These shows are often a little too farfetched to be named “reality” shows, however auctions like this do actually exist in reality and have been going on for years. But why have these shipping containers been abandoned, and what can be found inside? These questions and more will be answered as we take a deeper look into the shipping container auction industry.