Are Shipping Containers the Solution for the Homeless?

There is constant speculation that a solution for the homeless crisis could be steel and shipping containers or portable buildings. As in many locations, the homeless situation is now becoming a bigger crisis than ever before, and with families and friends resulting in setting up make shift camps, it is more than overdue that we find a solution.
A community based leader in Wrexham, North Wales has said that “Housing homeless people in shipping containers could be a way to deal with the homeless crisis in Wrexham”. So where did these comments come from and why?

Nigel Lewis, who is chairman of Wrexham Town Centre Forum said that using these containers would not only be a suitable solution but perhaps a long-term one that would benefit many of those involved. This could provide appropriate shelter for the homeless, especially important over winter months.
These comments came after a welsh media publisher reported on homeless people setting up camp sites on an old school site, where the footage showed them living in tents. Although the council have begun to try and help these people by setting up a portable toilet, Mr Lewis said that it is still not enough as this is no way to deal with the challenges faced by the people staying there.

He felt that a cheap and safer method to help these people in need would be to use large steel shipping containers. However, citizens of the city aren’t happy that the council are spending money to try and help this ‘shanty town’ for the homeless, as they believe it would be better appreciated elsewhere. Despite this, there are still many individuals that are happy to lend a helping hand.

Many of the local people have noticed that the issue of homelessness has never been so prominent in the area, and that there needs to be a sufficient system in place to get them homed. One such local resident, Mr Lewis, has said:
“This has been done in other places like Bristol. The issues of substance abuse and homelessness have really become a problem in the town centre. It’s causing all sorts of problems for the area.

“We need to look deeply at this problem because it’s growing. The third sector agencies and the council are working with the homeless on things like substance abuse and mental health problems. but we need to take a different approach.”
Even though there are many other issues in the area, he believes that even the basic needs of the homeless need to be addressed before dealing with any other problems. Nigel, another local resident completed the homeless challenge where he lived on the streets for a day, it was then that he realised the true scale of issues they face and is powering to get them the rights they deserve:

“I spent 12 hours on the homeless challenge where I lived on the street for that time. And even though it was a very short time I got an idea of the problems people face when they are homeless. The boredom, the discomfort, being cut off from society, it’s easy to understand why mental health and substance abuse issues develop”
Fundamentally, everybody has the basic requirements of having a shower, shelter, a toilet and most of all somewhere to feel safe and secure. This is why he believes that using steel containers could be a potential solution to provide everyone with the essentials. 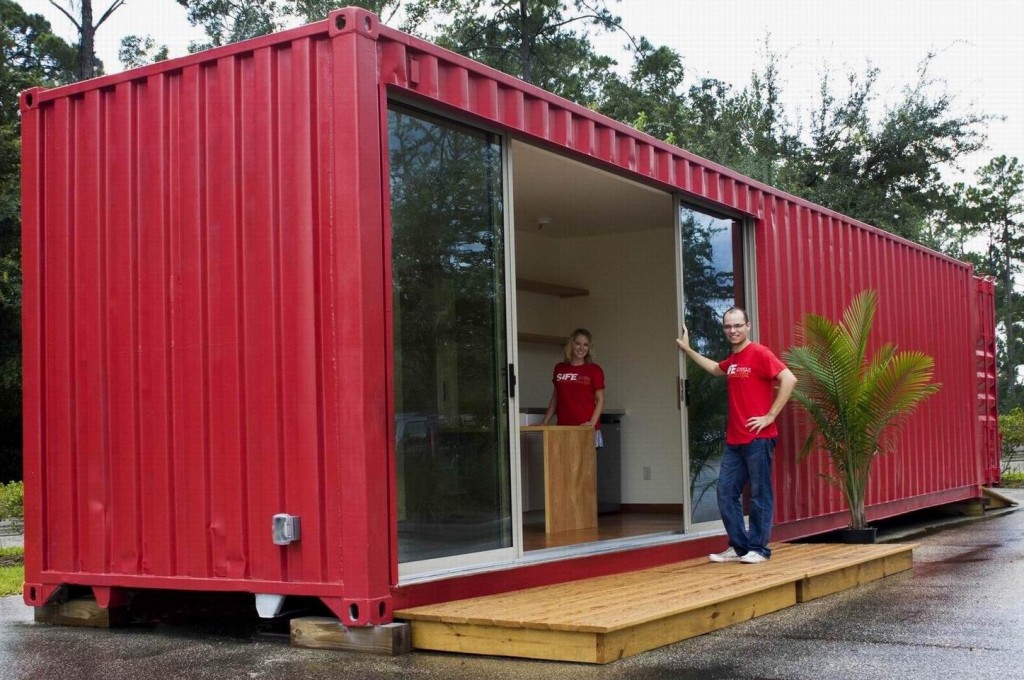 The Birth of an Idea

Mr Nigel Lewis got the idea for the use of portable containers after hearing about a similar scheme that Bristol champions, which turns the containers into homes. He then went on to social media to share his idea. He wrote “This could be started very quickly. Give the homeless a home if we want them off the streets”.

From this, he went on to a council meeting with fellow members and discussed the possibilities. He wants more doing and less thinking when it comes to this mission, and even though he understands that things through the council can take time, he wants to get this scheme up and running as soon as possible. The costs for this would be incredibly low, and they believe that they can raise grants and sponsorship, and even give some jobs to the homeless to help in buildings and maintaining the containers.

They have suggested empty land in mind already and have started putting together proposals.

Here at Flintham Cabins we like to keep up with what is happening in the world of steel containers and portable buildings, and we certainly believe that these could be a great solution to home these people. You can read our previous articles discussing whether a shipping container home is even viable and affordable housing solutions. If you require any extra information or you have general enquiries on any of our site cabin products and services, you can get in touch today. We would be happy to help.